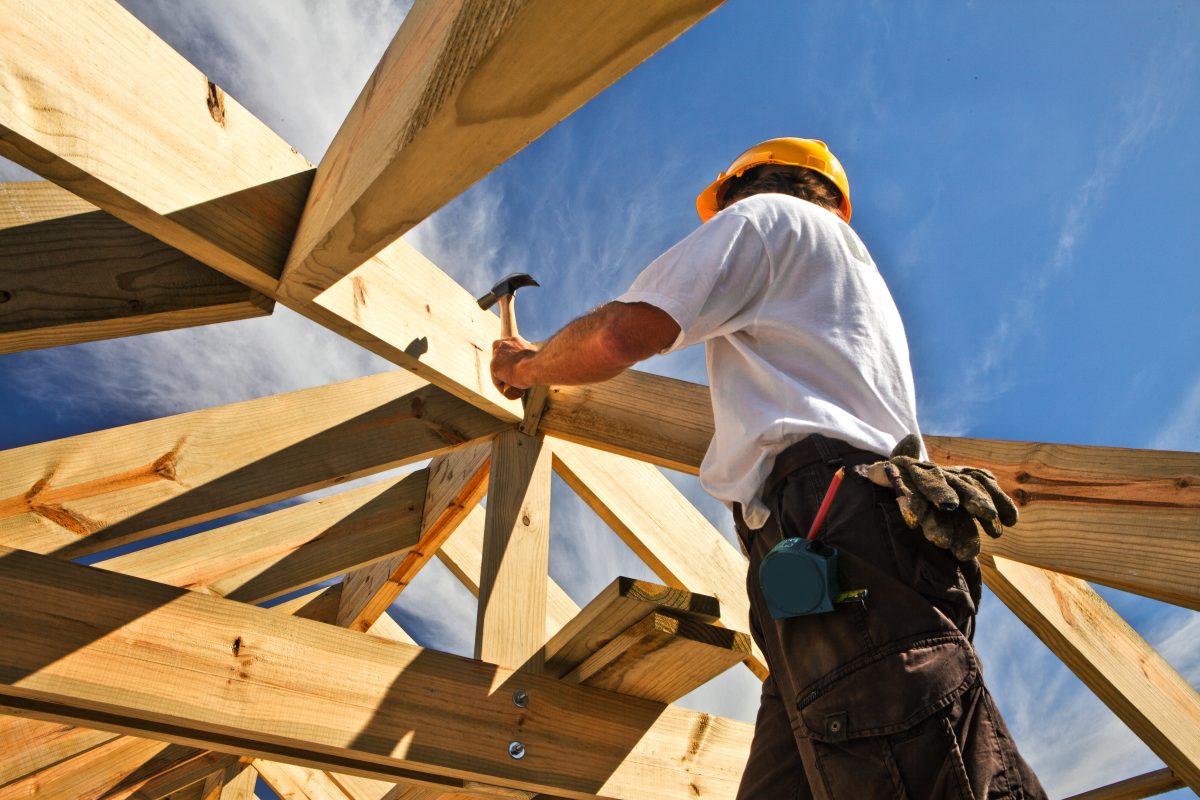 The lumber and construction industry is booming.

When the pandemic started last year, many of us got to work on redoing our home office spaces or other renovations that became more important as we spent more time in our homes.

If you’re already thinking about plans for your summer home projects – renovations, remodels, or new builds – you’re starting on the right foot. But, like the many Americans who started a project last year, you may discover that it’ll take a little more time than usual.

“Going back to February, March, April of 2020, nobody knew what was going to happen in our industry,” says Bill Kuminecz, the vice president of purchasing at Big C Lumber. “There was a huge ramp down of production and purchasing in our industry, so the supply chain – and the supply – became very depleted.”

By the end of April and May, most Americans figured out the world wasn’t going to stop turning. People were now working from home and they realized they needed to make updates to their homes, or they finally had time to finish – or start – a project. But the chain was already disrupted.

“We had big disruptions with products coming over from China, which is a lot of steel products, stair parts, and cabinets,” Kuminecz says. “A lot of products come from China. More and more lumber now comes from either South America or Asia. There was about a 3 to 6 month span where all of a sudden demand took off and supply has never caught up. It still hasn’t.”

Despite those disruptions happening a year ago, the industry is still facing pandemic-related issues and delays, according to Kuminecz. Because of the pandemic, the folks at Big C Lumber are seeing allocations and long lead times needed to get the products people need to get their jobs done.

“It starts with delays with the raw materials,” Kuminecz says. “It seems like anytime you get a little bit of momentum you hit a speed bump and it throws everything back another 2 to 3 weeks.”

He says the pandemic has affected the entire industry: from the raw material guys to transportation and manufacturing.

“We’re seeing it have an effect on everybody’s operations, between people who have to quarantine and people who actually get it,” he says. “Between sales staff and people working in the factory companies have had to completely shut down or they have greatly decreased production.”

If the start of this year is any indication, Kuminecz says things won’t really slow down much in 2021 compared to 2020. January was a strong month due to mild weather.  If parts of the country get hit with some strong winter weather, it might allow supply to catch up some.  Housing appears to be strong for 2021 in spite of labor shortages and rising costs.

If you’re not a DIYer, you may struggle to find someone to actually build your project for you. Kuminecz says the labor force in the building industry still hasn’t recovered from the Great Recession back in 2008.

“When the housing bubble burst a lot of people left our industry,” he says. “Roofers, people building decks and that labor force, it never recovered. It’s tough to get good help.”

That’s why Kuminecz says despite the cold and flurries outdoors, now is the right time to start thinking about – and planning – your summer home projects.

“The first thing that people need to do is decide what projects they’re doing,” he says. “Then you need to secure your materials. You’re going to need to give yourself 2 to 3 months to get those depending on what the item is.”

Kuminecz says there are materials to be had out there, it just may not be exactly what you’re looking for. Many companies stopped producing specialty products and colors in favor of mass producing big selling items to keep the shelves stocked with materials. Kuminecz points to roofing shingles as an example.

“Shingle companies are sticking to their better selling core products. If you’re looking for green or pink or blue shingles, you may have a problem because they’re sticking to the grays and the blacks and the ones that sell,” he says. “It helps with manufacturing, too. When those companies don’t have to change out colors in a line they can produce more.”

Kuminecz says if you want to get your project done this year and you’re not doing it yourself, you may need to do a little prep work. With contractors booked up through most of the year, they’re looking for easy jobs to sneak in between their bigger work. If you’re able to prep your site, it’s going to increase your chances of getting folks to build your project.

“If you call a contractor and he comes and gives you a quote, they’re looking for business that’s going to accommodate their timeframe,” he says. “If they have to do a lot of extra labor to prepare the site themselves, then that’s probably going to turn them off a little more. If it looks like a job they can come in and be able to knock out quickly, that’s probably going to be more alluring to them.”

With a little thought and planning now, Kuminecz says your odds of getting your project done this summer increase; if you get the building bug, don’t expect to turn your project around in a weekend.