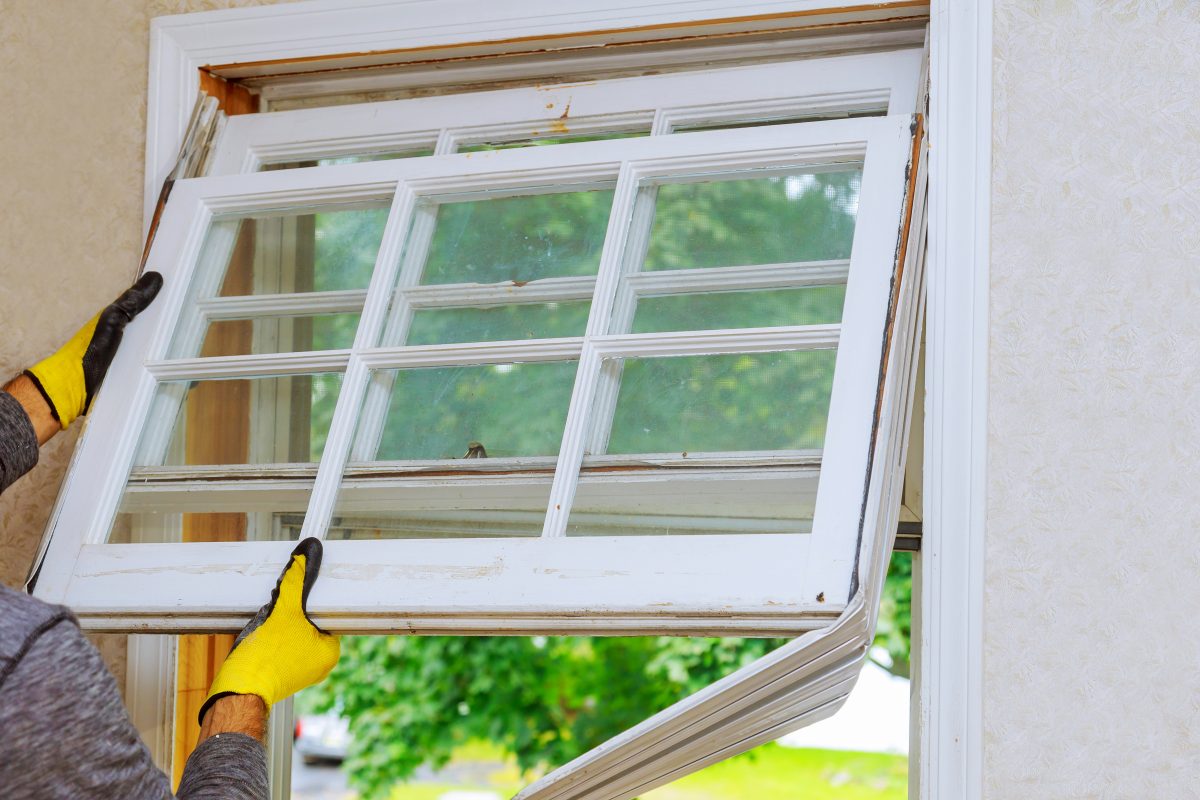 Windows and doors play an integral role in keeping our homes secure and warm, but they can often be neglected and overlooked.

Home improvements can be costly and time-consuming, but you don’t want to neglect vital components like your windows and doors. Both can cost you big money when they fail in operation, so it’s imperative to take the time to inspect them at least once a year.

Here are some helpful things to look for that could indicate it’s time to replace your windows, doors, or both.

If you’re starting to see your energy bill climb and you can’t figure out why, there’s a good chance that your windows and doors might be the culprit.

“About 45 percent of the energy costs for most households is through their windows and doors,” says Scott Bunkelman, the manager of the installed sales division at Big C Lumber. “If they’re not working properly, you’ll notice quickly.”

Older homes may still have single-pane windows installed, which don’t have great insulation and can lead to your HVAC system working overtime (and raising your energy bills). Newer homes have more energy-efficient homes, but that doesn’t mean they’re perfect or that they’ll last forever.

“If you have double-pane windows, it’ll get cloudy between the panes if you have a broken seal,” Bunkelman says. “That means it’s not holding a thermal value. Once you lose the argon gas between those panes, you totally lose your insulation value.”

In some cases, you may actually feel a draft coming through the window. In many situations, that’s due to a faulty seal, according to Bunkelman.

“The drafts that come in from windows are typically seals that go around the windows,” he says. “If your seal cracks or breaks away over time, you’re going to be getting air coming in through your windows.”

Drafts on doors tend to occur in a similar fashion to windows. Bunkelman says that door construction is much better than it used to be, but seals will eventually wear out like in windows.

If you can’t open your windows anymore, that’s a pretty clear sign that it’s time to get them replaced.

Bunkelman says that there are two basic window design types that you’ll see mechanical failures in: casement/awning windows and double-hung windows (with balancers).

He explains that the balancers in double-hung windows can go bad and it can cause your window to fail to stay up or — in the case of the upper window — it wants to slip down.

“Sometimes that upper window won’t latch and lock. You may flip the lock to engage it and it doesn’t work,” he says. “It could not engage and you could literally have air coming right into the house and you don’t even notice it.”

Casement and awning windows are crank-style windows. While problems with the crank are obvious failures, there’s a bigger mechanical issue that can take place that you may not realize is an issue.

“Casement windows have a weight to them,” he says. “They have an upper and lower arm, and the weight of the window can start to pull on the frame. As you crank the window in it won’t want to come in all the way. When that happens the window has slipped down and now you have an air gap at the top of the window.”

When it comes to windows degrading, Bunkelman says it really comes down to materials.

“Wood is a maintenance-intensive material; you have to check it each year,” he says. “When it comes to vinyl, fiberglass, and composite-clad wood windows, you’re really just looking at the seals, because the material they’re made of will just eventually shrink and degrade.”

He says that you need to keep your wood windows painted and look for cracks in the paint because once it cracks the raw wood is exposed and water will rot the wood over time.

Not all condensation is the same.

Bunkelman says that you need to look at where the condensation is forming on the window to understand if you have a faulty window.

“If you notice it’s cloudy and there’s moisture between your glass panels, you’ve got a bad seal,” he says. “If you notice condensation on the inside of the house, a lot of times that’s typically due to high humidity levels inside your house.”

If you’re noticing condensation on your windows inside your home and you have humidifiers or Aprilaire systems, try turning them down and seeing if the condensation disappears.

All windows let a certain amount of sound into your home.

As with all things, the noise level of the sound coming into your house through your windows is relative to their age and design, according to Bunkelman.

“A newer window is going to have a much lower sound factor than a window from 20 to 25 years ago,” he says. “All windows will let in noise to a certain degree, but if it starts to become noticeable to you, it might be time for an upgrade.

Double-pane windows are better at keeping out sounds than single-pane windows, Bunkelman says. There are even windows that have a laminate coating specifically designed to keep sound out, but they’re costly.

If you’ve noticed some of these issues with your windows and doors, it’s time to get them replaced. Our team of knowledgeable experts is ready to help you find the right windows and doors for your home.

When replacing your windows and doors, it’s important to have them installed by a qualified professional who can ensure you don’t have leaky seals on your new windows or doors. Our installers are trained and certified by the EPA to follow all guidelines under the Renovation, Repair, and Painting (RRP) Rule. Windows installed by Big C also come with our warranty.

Whether your doors are drafty or your windows just won’t stay up, Big C Lumber is here to help you. We’ve been in business for 100 years — we stand behind our products and installation services! Call us at 574-272-6500 or 800-837-1882 for a free estimate. Summer will arrive before you know it, so schedule your appointment for new windows or doors today!